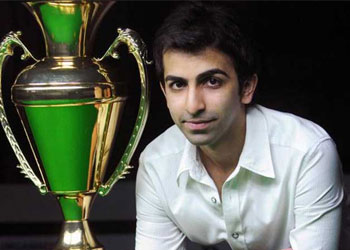 Blessed with passion, natural ability, and dedication for the sport of Snooker and Billiards, Pankaj’s career has seen many firsts. He is the only person in the history of the game to have won both the billiards and snooker IBSF world titles as well as the World Professional Billiards Championship. He was the first person ever to win a “Grand Double” (both the points and time formats in the same year) at the IBSF World Billiards Championships 2005. He repeated the same feat at the 2008 Championships held in Bangalore. A commerce graduate from Jain College, Pankaj was only 6 months into college when he won the Men’s World Snooker Championship in China at the age of 18. This was the first of his12 world titles.